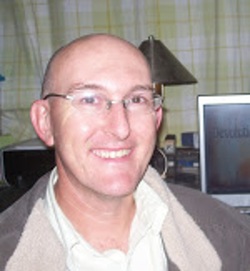 D. A. Cairns  lives on the south coast of New South Wales in Australia where he works as an English language teacher and writes stories in his very limited spare time. He has had over 40 short stories published, (but who's counting, right?). The author of three novels: Devolution, Loathe Your Neighbor and Ashmore Grief, he is eagerly waiting the release of his fourth, titled A Muddy Red River while working on his next which has the working title, Lovesick.


A massive rugby league and cricket fan, he is also mad about heavy metal music, and loves reading books and watching movies. His other interests include politics and religion.