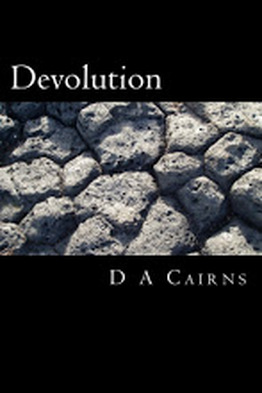 2112 AD. For the sixty years following the Intercontinental War, Asia has been ruled by a delicately balanced coalition representing three major tribes; Newtonians, Deists and Adonites. The murders of two senators in separate incidents in Asia’s capitol, Mumbay, now threatens the fragile peace that exists among them.

Police Chief Inspector, Adrian Jacobssen; recently widowed,world weary and cynical with nothing left of value in his life except his job, sets out to find those responsible for the murders.His failure may result in another war.The key could be the mysterious disappearance of the eighteen-year-old children of the murdered senators.

Unaware that Jacobssen is looking for them, 3-11-15 and Veena, together with a third friend Joshua, have left on a journey which will test the strength of their friendships by plunging them into a crucible of tribulation. They hold the fate of the world in their hands but don’t even know it.

Will Jacobssen find them in time to save them, solve the murders and prevent war? In Devolution, romance and friendship, fear and respect, faith and folly, truthand lies all confuse in a future world which no one would dare imagine.

"Devolution, by D.A.Cairns is an amazing novel with a multitude of layers. The characters are deep and well structured, and the storyline is fresh and original. This book is a must read for anyone who enjoys a fresh, contemporary piece of literature". - Rhiannon Icasuriaga

I must admit I’m not a great fan of science fiction. But I did enjoy reading D.A.Cairns' book ‘Devolution’. As a disabled person I liked the idea of a ‘hovercraft’ type wheel chair that speeds around faster than humans. The story of three friends Ted, Veena, and Joshua trying to discover who killed the ‘senators’, Ted's and Veena's fathers, was interesting and exciting. The fact that much of the story is set in Australia and the city of Sydney also made the book more appealing. In all a great read, very enjoyable."
- Leigh Steer

PURCHASE IN SOFTCOVER
PURCHASE AS AN EBOOK